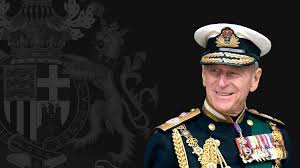 Here is a summary of the address given at St Michael's on Sunday 11 April by Vicar Colin:

The Duke of Edinburgh was a force for stability in a time of unprecedented change. Her Majesty Queen ELizabeth ascended the throne before I was born, they’ve always been there, through the loss of Empire, joining the EU and leaving it again, through the industrial, post-industrial, nuclear, electronic and digital ages. It feels like one of the last reassuring marker posts has gone. Everything else has altered in ways inconceivable…

Prince of Denmark and of Greece, married into a family whose roots are German, Philip was a European. Whatever we may think of the EU as an organisation, Philip reminds us that British identity is connected to our neighbours. As Christians we belong to something much bigger than either the UK or the EU, stretching back 2,000 years and forward into eternity, and embracing billions of people all round the world. Brexit may be arguable on administrative or economic grounds but it can never be defended on the basis of fear or hatred of our neighbours.

Prince Philip was pushing the cause for the environment long before it was fashionable or even widely acknowledged, for example in his decades long presidency of the World Wildlife Fund. Here’s a quote from him about nature and God: “If God is in nature, nature itself becomes divine, and from that point it becomes reasonable to argue that reverence for God and nature implies a responsibility not to harm it, not just for our own selfish interests, but also as a duty to the Creator.”

My daughter is one of thousands of proud holders of the Duke of Edinburgh award. Prince Philip created this and other schemes such as the playing fields initiative because he believed in young people, their energy, creativity and ability to rise to a challenge, and demanded that they be given opportunities to shine.

Prince Philip was of course a war hero, serving in the Royal Navy throughout WW2 and decorated several times over not for who he was but for what he did. Perhaps it was from the Navy that he got his famous - how to describe it? Directness? Bluntness? Brusqueness? Crustiness? He always called things as he saw them. Many people loved him for his honesty. He could never be one of those who says one thing while thinking another.

As she herself testifies, Prince Philip gave unstinting loyalty to Her Majesty the Queen. Selflessly and dutifully he put her needs and concerns, and those of her heavy calling, ahead of his own. This must have been far from easy for a man of vigorous action. In serving her he was also serving his country of which she is the Head of State. He supported many hundreds of organisations because he believed that someone with his privileges should use them to make a difference.

What about the Prince’s personal faith? We don’t know. He was of a generation that was reticent about such things – perhaps too reticent as our silence has allowed the nation to slip into a spiritual and moral vacuum. But we do know that he never demurred from the Queen’s radiant personal Christian faith which is so evident in her Christmas broadcasts and that his personal book collection contains hundreds on the subject of religion. See the third paragraph above for the spiritual values undergirding his high regard for the natural world.

Our reading today, chosen for us by the Church authorities, was “I am the Bread of Life” from John Chapter 6, where Jesus calls people to share with him in eternal life through faith in him. We come to this sad day of national loss shortly after the commemoration of the world-changing events of the first Good Friday and Easter, when Jesus suffered the pangs of death for us and then arose to open the gateway to life forever. So it is in Jesus’ name that we commend to God with thanksgiving our thoughts and memories of our beloved Prince. May he rest in peace and rise in glory.