It was a joy to be at Wraysbury Baptist Church on Sunday morning, while the Reverend Carolyn swapped and came to St Andrew's. We both preached on Unity, following John chapter 17 verses 20-26, where Jesus prays that all his people will be one. After the terrible history of religious conflict which has so undermined our response to his orders, Carolyn and I could not think of a better way to celebrate the Week of Prayer for Christian Unity. The Baptists were very very welcoming and I know Carolyn was also made very welcome at St Andrew's.

So here's what I told the Baptists about Unity on Sunday. References are to that passage from John 17:


There was this lorry driver. He's got a load of 500 penguins to take to the zoo in a refrigerated lorry. But, as he is driving along, his lorry breaks down. It's a really hot day, and he's getting more and more worried about these poor penguins sweltering in the heat.

After a couple of hours, the breakdown truck still hasn't come, so he waves another lorry down. He offers the driver £500 to get the penguins to the zoo.

Finally the breakdown team arrive, fix his lorry and off he goes. As he arrives in town he sees the second lorry driver crossing the road – and there are the 500 penguins walking in single file behind him.

The first lorry driver jumps out of his lorry and shouts, "What's going on? I gave you £500 to take these penguins to the zoo!"

The second lorry driver answers, "I did take them to the zoo. And we still had some money left - so now we're going to the cinema."

Well sometimes we don't find it very easy to follow instructions, do we? Jesus commanded us to love each other. How have we done on that instruction? Jesus prayed, on the night of the last supper, his last desperate prayer for the people he was going to leave behind. And his prayer was that we would all be one.

We've done a terrible job, haven't we? That's how the world would know that God sent Jesus. He prayed, "May they be brought to complete unity to let the world know that you sent me." So why does our world increasingly not know that Jesus is God's appointed Saviour and Lord? Could it be because of our disunity?

Now I think we Anglicans have some apologising to do on this matter.
·        to Non-Conformist Christians: we persecuted your Puritan forbears and flung them into jail. For centuries we banned you from public office and would not even allow you to vote. Even today we think "The Church" means the C of E. And we have deprived ourselves by doing it. We have shut ourselves off from your freedom in Christ, your lively faith, your reverence for Scripture, your passion for God. Please forgive us.
·        Roman Catholics: we did all the same things that we did to non-conformists but went even further. We hunted you down, persecuted and even sometimes killed you. We also impoverished ourselves by shutting out your ancient wisdom and deep sources of reflection on walking with Christ. Please forgive us.

As so often, it's the institution that has got things wrong and needs to repent. We create structures of power and authority which the ambitious then use to manipulate others.

But the amazing thing is that we have far more in common than separates us. There is a bond that unites all true Christians, and it is the threefold bond of the Trinity:
·        We are all children of one heavenly Father – we are brothers and sisters. God only has one family and everybody who is born of God is part of that family.
·        We are all followers of the same Master and Saviour, Jesus. We are all saved in the same way, by the cross and resurrection of Jesus, and we are all taking our orders from the same person.
·        We have all received the same Holy Spirit. That is such a deep bond, isn't it? God's own presence, deeper than the ocean, living in you, living in me. Have you ever had that experience when you meet someone who is a perfect stranger, who comes from a very different background, and yet there is this powerful connection because you are both Christians? The same presence lives in each of you.

The One God is Father, Son and Holy Spirit. That's why Jesus in our reading prays that we may be one even as the Father and the Son are One. The unity of God himself, three persons who are One God, is supposed to be reflected in the way we treat each other…

The good news is that we retain our individuality. If we think being one means we have all our individuality taken away and pretend our variety isn't there, that's not Christianity. Buddhism would say we become one by merging everything together – "the dewdrop slips into the shining sea." Secularism would say, become one by pretending we're all the same – because they have no concept of a spiritual equality which embraces and transcends our vast physical, intellectual and ethnic differences. We are all equally loved, whether we are princes or paupers or professors or plumbers, whether we are from Poland or Pakistan or Potter's Bar.

Christians are one, not because we're the same, but because we are part of a larger whole. The biblical picture of unity is a body made up of many parts. Every part is wonderfully, wildly individual – the eye and the ear, the lungs and the liver, the head and the heart. It's amazing! The whole body is impoverished when our individuality is suppressed, because it is our individuality that makes up our contribution to the life of the whole.

So I am delighted to be swapping churches with the Reverend Carolyn today. It's not because I want to be a Baptist, or to make all the Baptists into Anglicans. It's because we belong together as the body of Christ, here in Wraysbury, with all our variety. There will be many more opportunities to work as one, such as the Lent course and the Procession of Witness on Good Friday.

Jesus prayed, "May they be brought to complete unity to let the world know that you sent me." May we see that happen in Wraysbury. 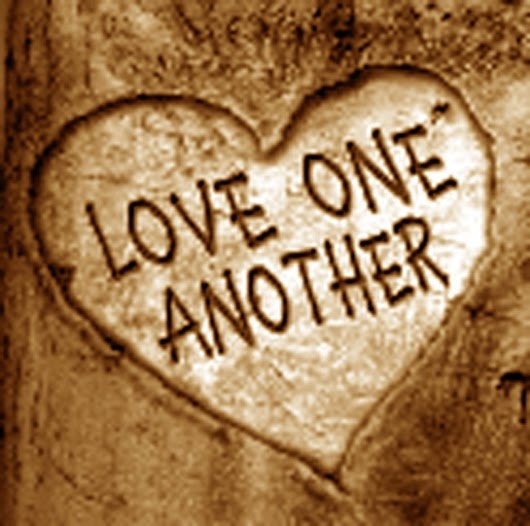 thanks for filling in the gaps I missed with Sunday School!